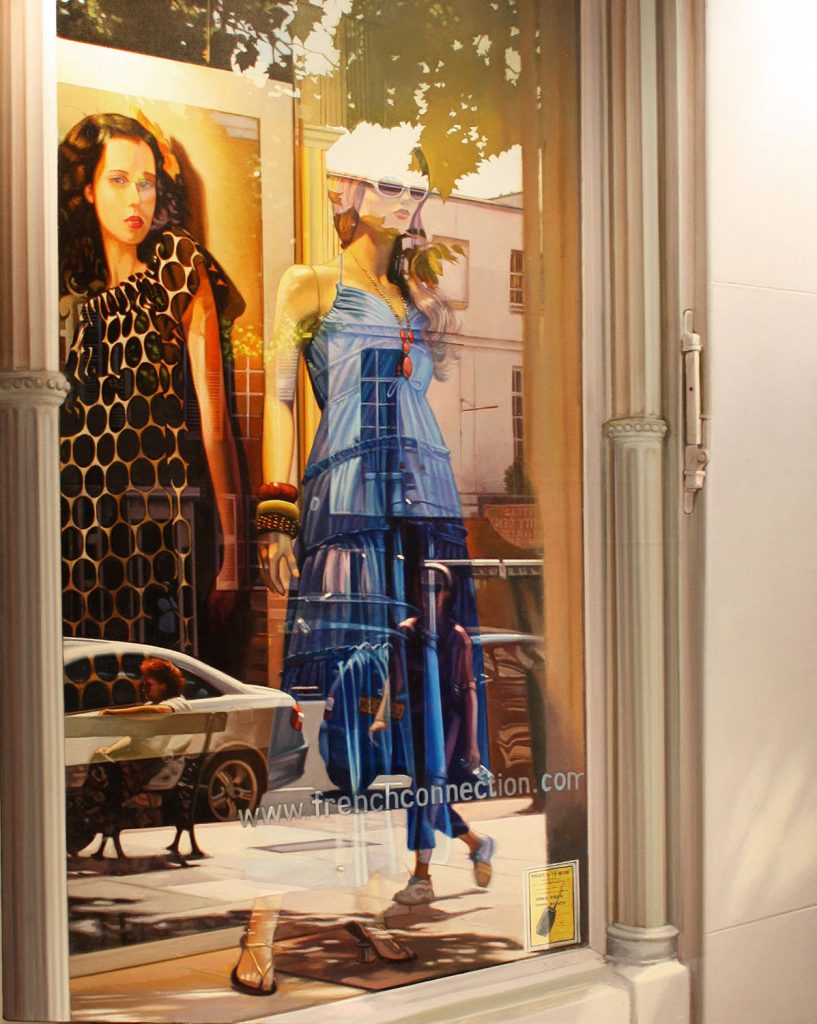 Tom Blackwell (b. 1938, Chicago, Illinois; d. 2020, Poughkeepsie, New York) is one of the founders and foremost painters of the Photorealist genre.  He was first known for his dynamic, iconic motorcycle paintings of the early 1970s.  The rich subject of urban storefront windows featuring mannequins juxtaposed with the reflections of passersby soon became another major theme in his work.

Blackwell is the recipient of the American Academy & Institute of Art and Letters purchase award.  He has had numerous solo shows and is represented in major museum collections including The Museum of Modern Art, New York and The Solomon R. Guggenheim Museum. He painted over 200 works in his career. 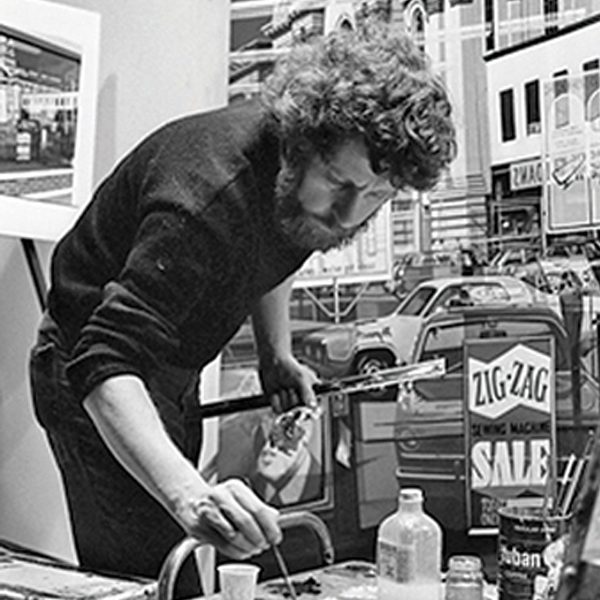