Gus Heinze (b. 1926, Bremen, Germany) is an American Photorealist painter, whose compositions reflect his interest in industrialism. His subjects are often depicted close-up, which abstracts the mechanical objects and architectural structures that he references. He considers his own work a form of “Abstract Realism.” Heinze studied at the Art Students League of New York and the School for Visual Arts in New York; his work has been exhibited internationally at numerous museums throughout his long career.

In recent years, these exhibitions have included a multi-venue museum Photorealism tour entitled “Hyperrealism 1967-2012”; venues included the Museo Thyssen-Bornemisza in Madrid, Spain, the Birmingham Art Museum and Art Gallery in Birmingham, England, The Art Museum of Estonia in Tallinn, Estonia, and the Musée d’Ixelles in Brussels, Belgium, amongst others. Heinze’s work has also been prominently featured in the United States, namely at the Oklahoma City Museum of Art and the Butler Institute of American Art. 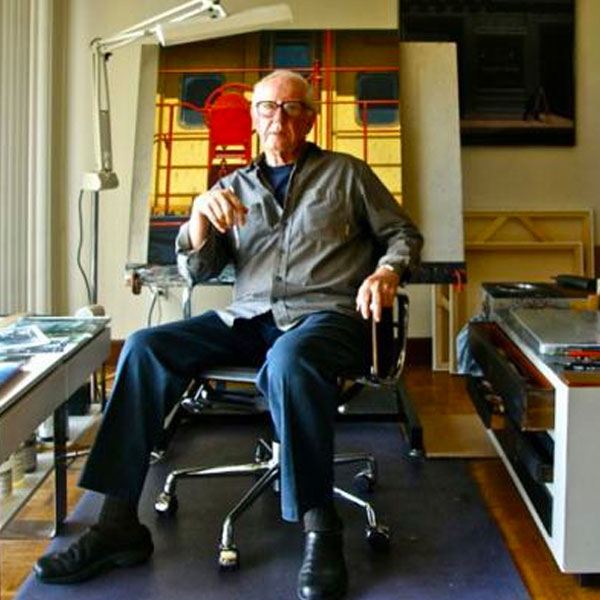