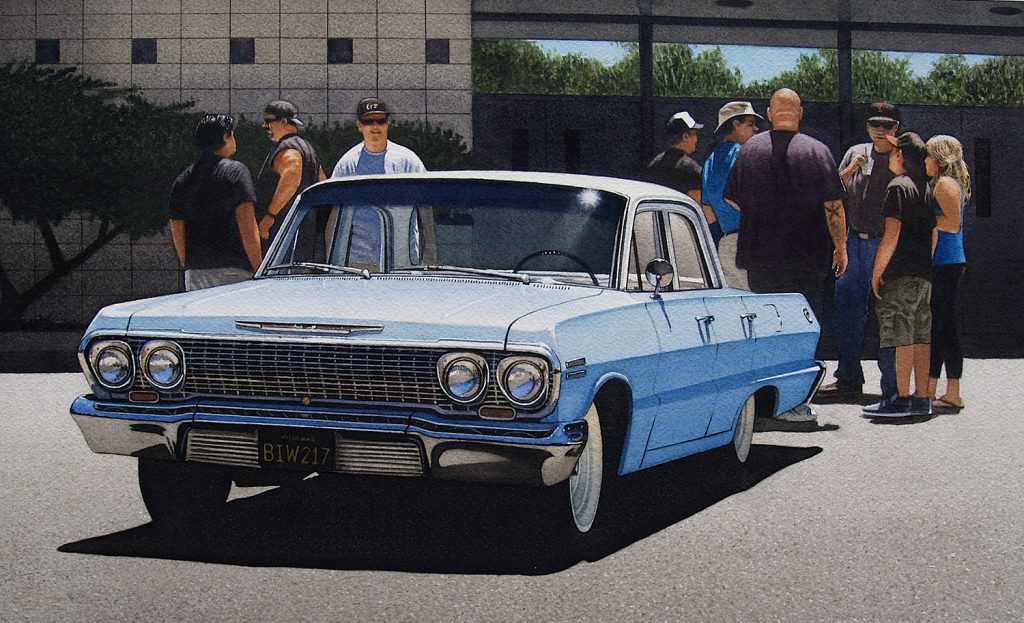 Mark Goings (b. 1954, Oakland, California) has been heavily influenced by the work of his father, Ralph Goings. He begins each painting by photographing a neighborhood yard or driveway from the window of his pickup truck. The scene is later translated into a painting that builds on the snapshot aesthetic of the photograph. Mark Goings studied realism painting at American River College in Sacramento, California. His paintings have been exhibited in numerous institutions, and his work is in the permanent collection of the Flint Institute of Art in Flint, Michigan.