Anthony Brunelli (b. 1968, Plattsburgh, New York) began to identify as a Photorealist painter in the early 1990s while receiving his B.F.A. in studio art from State University of New York at Binghamton. His panoramic paintings depict rural areas and urban cityscapes from upstate New York to large European and Asian cities. A third generation Photorealist, Brunelli’s adoption of digital technology has allowed him to paint in ever-greater detail. 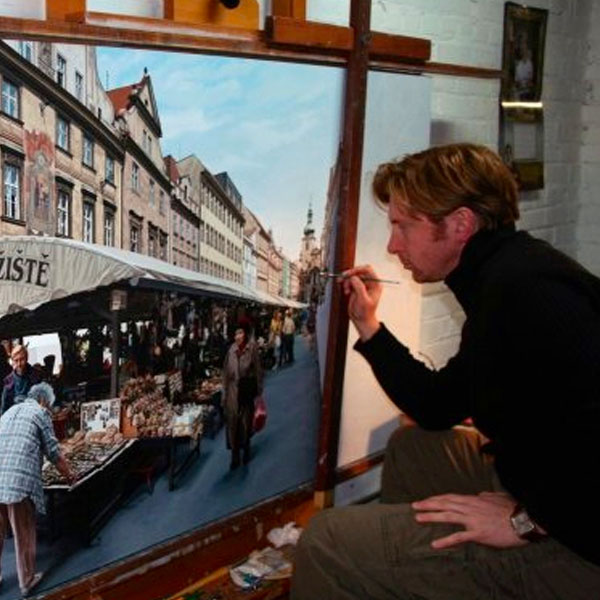