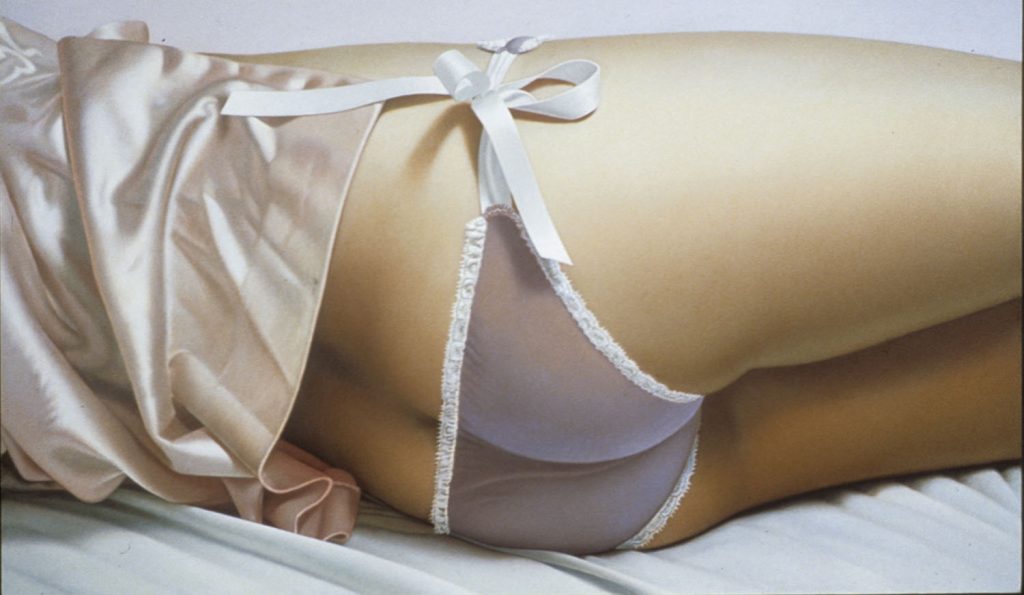 John Kacere (b. 1920, Walker, Iowa; d. 1999, Cedar Rapids, Iowa) is best known for his paintings of the female body, particularly midsections, clothed in lingerie. These larger-than-life paintings often drew criticism from feminists, but he maintained his work is a celebration of womanhood. Kacere’s work is held in major collections including Stedeljik Museum in Amsterdam, Holland, Portland Art Museum in Portland, Oregon, and the J.B. Speed Museum in Louisville, Kentucky. Before his death in 1999, Kacere taught at several notable universities including Cooper Union, New York University, Parsons School of Design, and School of Visual Arts. 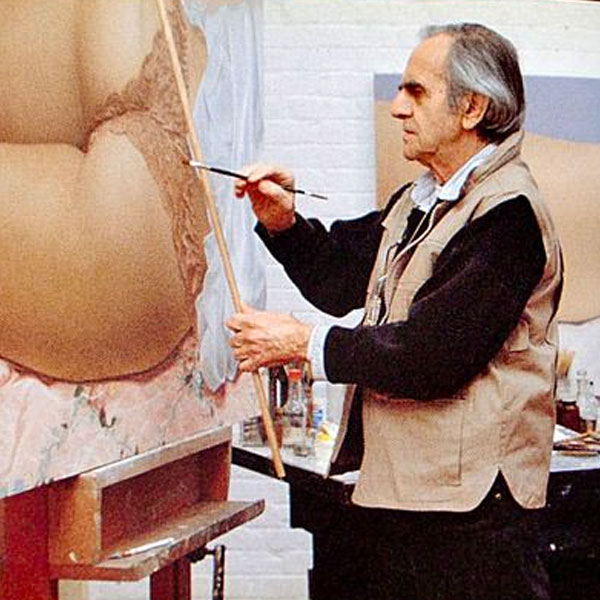