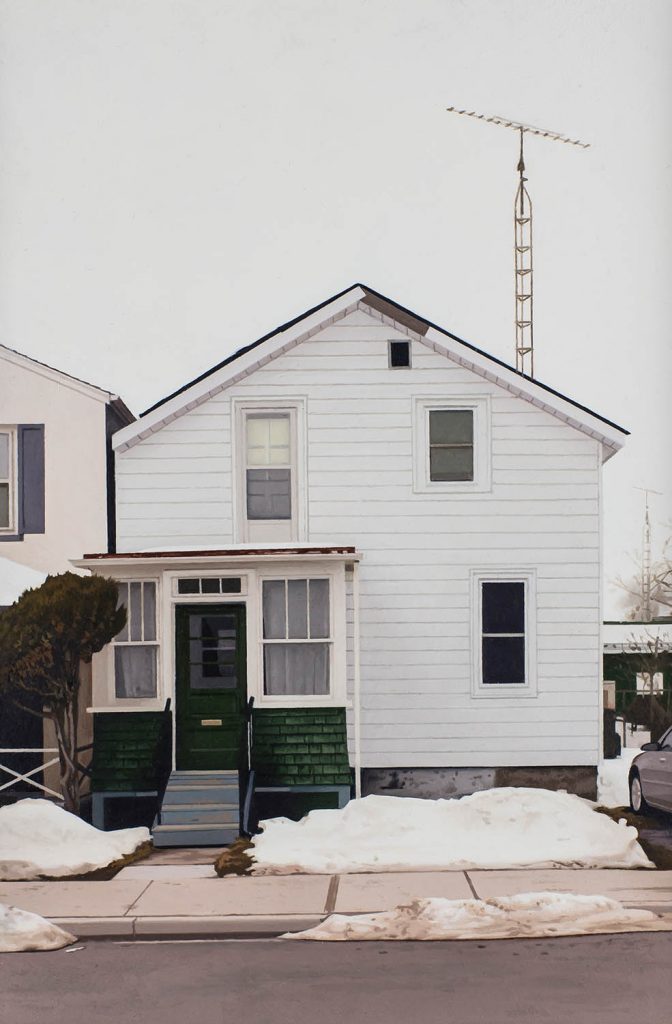 Mike Bayne (b. 1977 Ottawa, Canada) creates miniature Photorealist paintings of overlooked North American scenes, frequently of his childhood town. Capturing every detail from his working photographs, he replicates his subject not only in terms of imagery, but often also in scale, by mimicking the size of actual commercially printed photographs. Bayne’s highly detailed brushwork captures imagery from the everyday and the banal. His depictions of architecture and vehicles render environments locked in a moment of time, devoid of people and movement. Deliberately lacking expressive content, his head-on compositions often feature broad swathes of color in seemingly flattened geometric forms. Visually, his works are at once abruptly realistic, and yet purposefully inorganic.

He received his MFA from Concordia University and has participated in many group shows across the U.S. and Canada. His work is in the collection of the National Gallery of Canada, the Art Gallery of Ontario, and the Nerman Museum to name a few. Bayne was also the recipient of the Kingston Prize for Portraiture in 2011. 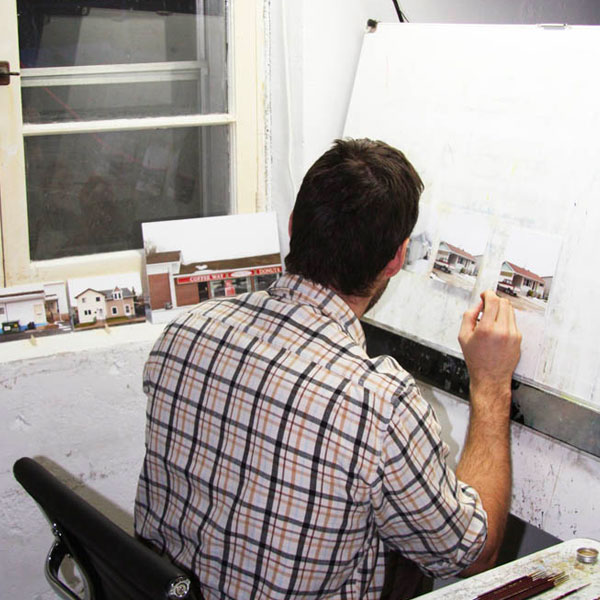