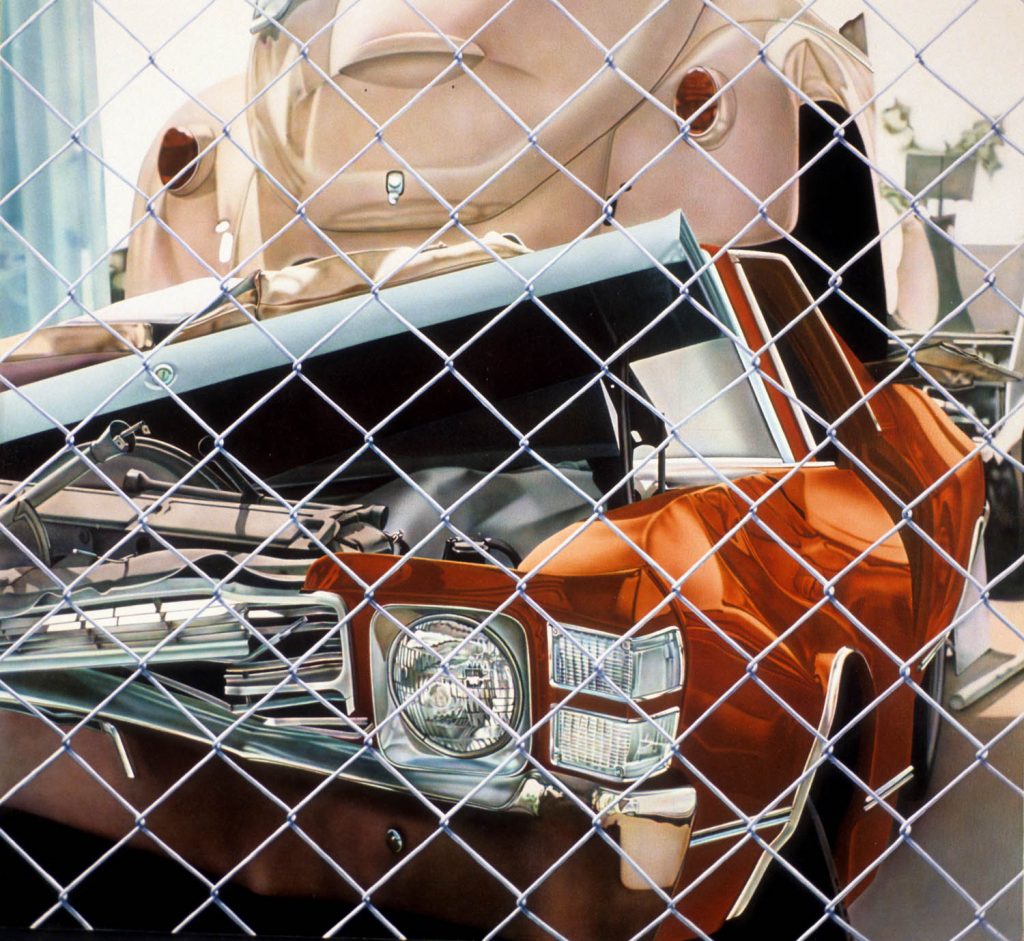 Don Eddy (b. 1944, Long Beach, California) is the youngest of the early Photorealist painters. In the 1970s, Eddy’s paintings were primarily of automotive subjects. In the late ‘90s his style evolved to include multi-panel pieces of an assortment of images, juxtaposed within a single work. Each individual panel uses Eddy’s original technique of tiny dots of three colors, airbrushed over a pale drawing. To date he has completed over 250 works. He received both his B.F.A. and M.F.A. from University of Hawaii, Honolulu. 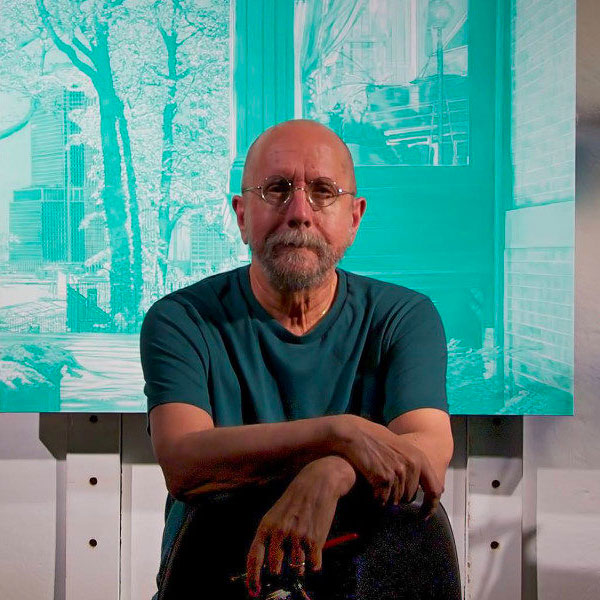